UrbanMeisters is essentially a green platform bringing you info & hunting products that help you fight pollution out of your daily fast-paced lives & live healthier. In the last whole week we have been covering a lot of green startups from various fields – apps, tech, products, wearable tech, etc. that can change the way we live in cities. But once in a while one comes across a start-up, a cause that is so compelling in its nature of work that its story needs to reach as many people as possible. A story of military waste being converted to eco jewelry.

Cambodia & Laos, tiny dots on the world map surprisingly have the largest amputee population per capita in the world & are the most landmines affected countries in the world. 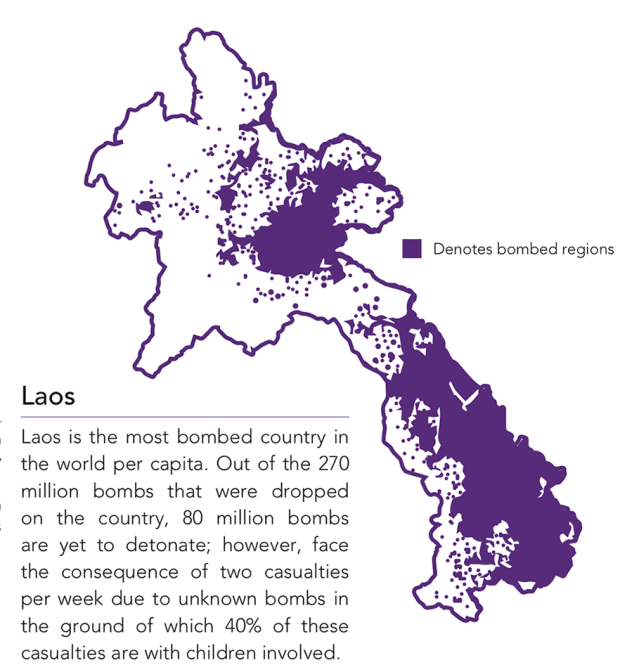 Throughout the lands in Laos, bombs are still scattered about, which with the current rate of international support and partnerships by governments, will take another 800 years to fully de-mine the country according to analysts. The modern day problem stems from the fact that 30% of what was dropped on the country, failed to detonate, and is presently alive underground. As one of the most bombed countries in the world, this prevents the population from expanding their land for agricultural use, in fear of what lies beneath.

Not only this. If your remember in one of our articles we told you how military waste pollutes land, soil, water systems & eventually these dangerous toxins seep in our food – be it France or USA.  Farmers in northern France had been ordered in 2015 to destroy the year’s produce because of pollution caused by World War One armaments left in the soil, according to French media (Source). Also contamination at military bases in the USA that are used for bombing and training leading to hazardous chemicals being released into soil & water. Lead, antimony, copper, and zinc are the primary chemicals used in arms. Perchlorate, the explosive ingredient in solid rocket fuel is a contaminant that according to the U.S Centers for Disease Control has contaminated the nation’s food and water supply in at least 22 states. This poses a serious threat to everyone especially children and pregnant women. Read more here. 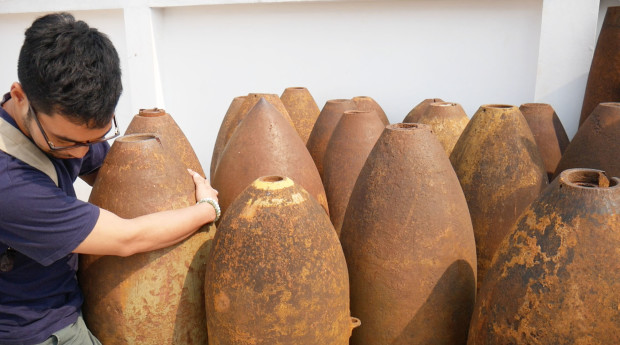 Purple Buddha project started with upcycling war scraps – plane parts, bullet shells, bomb shell fins etc – into eco jewelry with modern-day designs & embedded with a strong message. They are now replicating the same in the Laotian village of Ban Napia. The jewelry will be available to shop in September across USA & other countries.  In the village of Ban Napia, Laos; Purple Buddha Project in one of the most bombed areas in the history of mankind is looking to recycle aluminum remains of war scrap to transform an object that traditionally symbolizes negativity into jewelry and positive change in this country. See the video here to know how this eco jewelry in Cambodia is made: 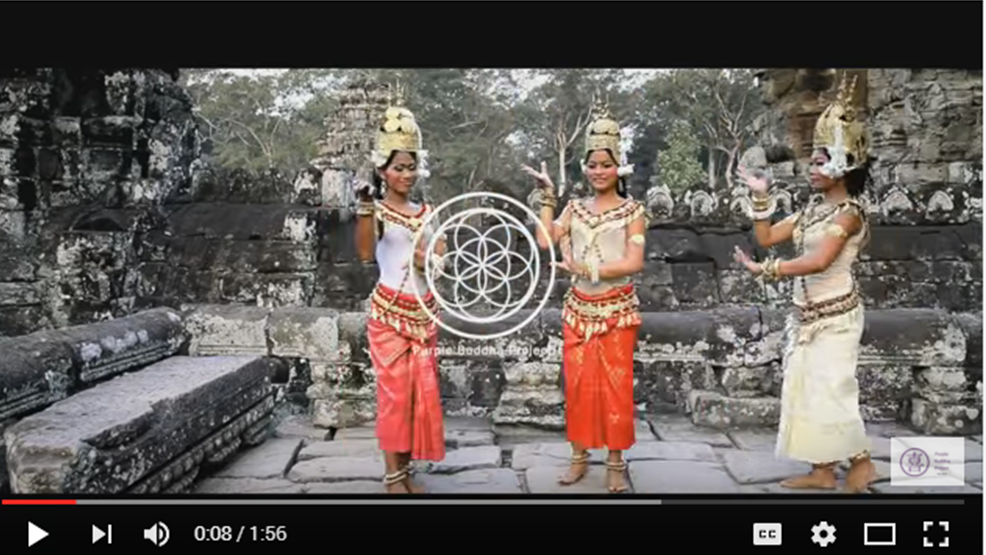 How does this help?

Due to fear of landmines, land is under-utilized, preventing growth in even the most basic fundamental economic sectors. Founder of the projet Forrest CURRAN explains that the project helps in the following five ways:

Upcycling weapons of conflit into jewellery, we embed a strong message into each piece. We hope that our project is a catalyst for discussion. But it goes a step further, sourcing fair-trade directly from Laos, we generate cash flow to the local economy. We believe that employment, rather than any other form of aid is the most resistant and reliable form of long-term change. Finally, we invest in future generations, into the children who have the power to change and mold the future.

80% of the economy is derived from agriculture, yet only 4% of the total land is usuable for farming. Forrest and his project represent an alternative to this: Each jewelry piece is created by an artisan employed by a local artisan group as well as the each purchase of jewelry. This helps locals gain employment, become economically self-suffiecient.

44% of the children experience moderate to severe growth stunt due to lack of essential nutrition. With the purchase of each jewelry piece, Purple Buddha Project makes a donation of nine meals to a school in Southeast Asia that sponsors children to attended school free of cost. The children of these heavily bombed countries are the least deserving of having to suffer the consequences from the mistakes of the past. 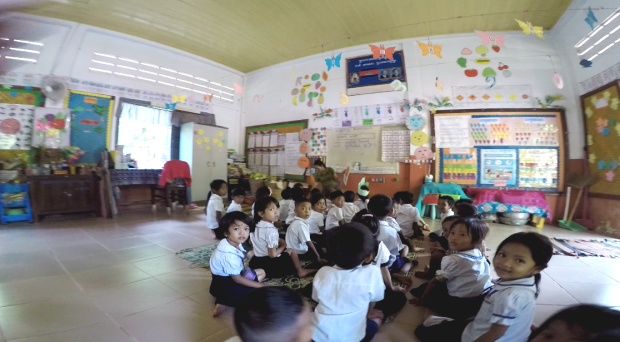 HOW CAN YOU HELP?

Purple Buddha Project for this month will be holding an Indiegogo campaign with their jewelry on sale to fund their project. To discover the collection of rings, necklaces, bracelets and order CLICK HERE. 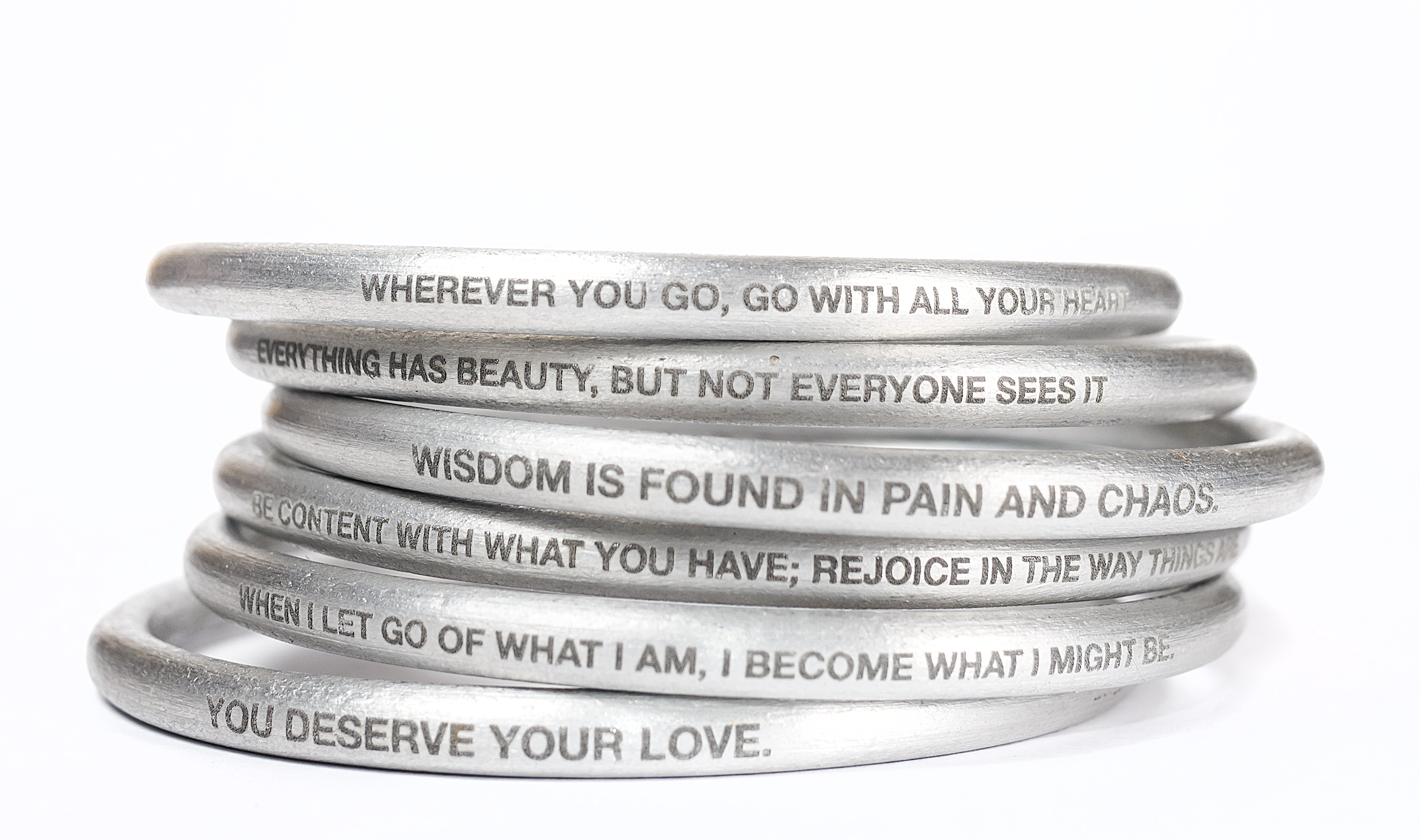 Go ahead and contribute and order for yourself, friends and family a memento of strength, positivism & hope. At UrbanMeisters we believe in feel good, be good, do good.

May the green force be with you!